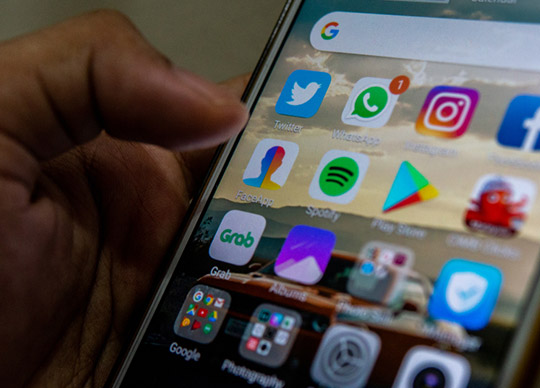 Based on ESET telemetry, Android/FakeAdBlocker was spotted for the first time in September 2019, and from January 1 to July 1, 2021, more than 150,000 instances of this threat were downloaded to Android devices. The most affected countries are Ukraine, Kazakhstan, Russia, Vietnam, India, Mexico, and the United States. Although in most cases the malware displays aggressive ads, ESET has identified hundreds of cases in which different malicious payloads were downloaded and executed, including the Cerberus banking trojan, which was variously disguised as Chrome, Android Update, Adobe Flash Player, or Update Android, and downloaded to devices in Turkey, Poland, Spain, Greece, and Italy. ESET also saw the Ginp trojan being downloaded in Greece and the Middle East.

“Based on our telemetry, it appears that many users tend to download Android apps from outside Google Play, which might lead them to download malicious apps delivered through aggressive advertising practices that are used to generate revenue for their authors,” explains ESET researcher Lukáš Štefanko, who analyzed Android/FakeAdBlocker. Commenting on the monetization of the shortened URL links, Štefanko adds, “When someone clicks on such a link, an advertisement will be displayed that will generate revenue for the person who generated the shortened URL. The problem is that some of these link shortener services use aggressive advertising techniques such as scareware ads informing users their devices are infected with dangerous malware.”

ESET Research has identified link shortener services pushing events to iOS calendars and distributing the Android/FakeAdBlocker malware that can be launched on Android devices. On iOS devices, besides flooding victims with unwanted ads, these links can create events in victims’ calendars by automatically downloading an ICS calendar file.

“It creates 18 events happening every day, each of which lasts 10 minutes,” says Štefanko. “Their names and descriptions suggest that the victim’s smartphone is infected, the victim’s data is exposed online, or a virus protection app has expired. Descriptions of each event include a link that leads the victim to visit a scareware advertisement website. That website again claims the device has been infected and offers the user an option to download shady cleaner applications from Google Play.”

For victims using Android devices, the situation is more dangerous because these scam websites may provide a malicious app to download from outside the Google Play store. In one scenario, the website requests to download an application called “adBLOCK,” which has nothing to do with the legitimate application and indeed does the opposite of blocking ads. In another scenario, when the victims proceed to download the requested file, they are shown a web page describing the steps to download and install a malicious application with the name “Your File Is Ready To Download.” In both scenarios, a scareware advertisement, or the Android/FakeAdBlocker trojan, is delivered via a URL shortener service.