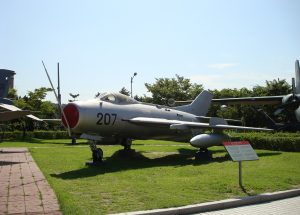 “North Korean Air Force J-6 on display at the War Memorial of Korea in Seoul, photo via Wikimedia Commons”

This paper examines the North Korean Air Force, analyzing its organization and deployment, aircraft and air defense systems acquisition, air defense and early warning capabilities, and aircraft production. Shortfalls in each of these areas have caused Pyongyang to develop, test, and operate an increasingly sophisticated drone fleet. While North Korea will not be able to build its own state-of-the-art aircraft industry, it will nonetheless find creative ways to strengthen its air force capabilities…Click here to view PDF.