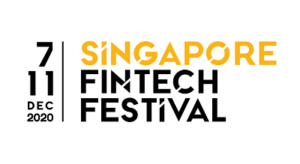 During the tumultuous early days of the 2020 Covid19 news cycle, panic abounded.

Besides the immediate health worries, the global trade and economy shut down unleashed waves of manic selloffs and flights-to-safety.

In the financial markets, the Dow Jones suffered its worst day 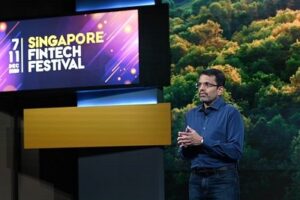 on 16th March 2020 since the 1987 “Black Monday” crash. The benchmark fear index (“VIX”) surpassed that of the 2008 Global Financial Crisis.  Oil prices plunged into the negative territory for the first time in history.

Just like today, the collapse of trust in 2009 prompted much soul-searching for cash alternatives.  It was against this backdrop that Bitcoin burst into the scene as “an electronic payment system based on cryptographic proof instead of trust, allowing any two willing parties to transact directly with each other without the need for a trusted third party.”

Today’s crisis reveals the dramatic gains Bitcoin has made since its creation 12 years ago. What does its rise mean for gold, the tenacious old guard against disruptions? And for cash, the incumbent recognised form of exchange?

From the 2020 crisis, with the pandemic as a testing ground of sorts for these three contenders – Bitcoin, gold, cash – which will emerge as the face of money in the coming decades?

To paraphrase the popular catchphrase by the anonymous source “Deep Throat” in the movie “All the President’s Men”, trace the funds for the raison d’être.

Tracing the history of money unveils the use of possessions (cattle, shells, salt, and of course gold), the evolution of its function (a method of payment, a unit of account, a store-of-value) and its role in political control (the debate over how the USD influences the geopolitical landscape is an example).

Predicting how money will develop in the coming decades involves drawing on historical events.

Moreover, as technology powers more and more of our daily lives, the view of money is also necessarily through a technological lens.

And where money matters intersect with technology, the Singapore FinTech festival is the ideal forum.

So, what are the views on how Bitcoin, gold and cash will develop in the coming decades? We look at some discussions.

Does the recent record-breaking run of Bitcoin spell the end of cash and gold? 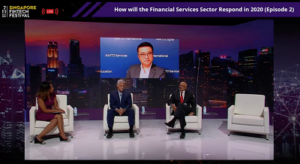 Having languished at single digit levels for much of the last two years, Bitcoin hit $10,000 in the summer, and smashed the $20,000 barrier during the FinTech festival week.

Is this breakthrough a hype or does it herald the beginnings of Bitcoin as money of the future?

Bitcoin claims to be the “silver bullet” for commonly cited problems.

One is reducing the inefficiencies in cross-border money transfer by replacing the legacy of myriad operating protocols with blockchain-based Bitcoin.  Another is reaching the “unbanked”, by leveraging their mobile phone connections in the blockchain.

At first glance, Bitcoin without reliance on existing money clearing and settlement arrangements appears to be superior.

However, digging through the discussions at the FinTech Festival, there are some serious challengers.

First, there are e-wallets by platform providers such as Tencent, and inter-government initiatives, such as that announced at the FinTech Festival: The first-of-its kind linking Singapore and Thailand users to send money between the two countries 24×7.

Bypassing blockchain’s cumbersome protocols, they hold a significant advantage over Bitcoin. At less than 10 transactions per second, Bitcoin’s speed is a poor fraction of industry average. “Public blockchains don’t have enough scalability,” said Vitalik Buterin (Founder, Ethereum, which ranks behind Bitcoin as the world’s second-largest cryptocurrency by market value.) at the session “Blockchain for Good.”

Second, in the crowded world of blockchain money, two schemes are gaining momentum.

One is the Central Bank Digital Currency (CBDC), such as MAS’s Project Ubin developed with multiple parties, including Bank of Canada.  The other is “stablecoin”, the most famous of which is Libra, the subject of heated debate last year when Facebook and its partners announced plans to launch a blockchain payment system.

All these solutions reference Central Banks’ cash, contrasting Bitcoin which is deliberately untethered from any centralised command.

Ultimately, Bitcoin proponents believe its “competing vision of money” – where control is distributed amongst the network participants, rather than one vested in a central authority – is a potential solution to preventing future financial crises. 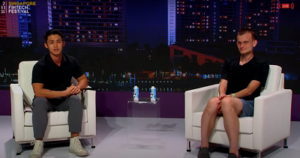 Meantime, Covid19 has further extended the entrenched status of cash.

Cash has turned digital triggered by a spike in online shopping due to lockdowns and this consumer behavioural shift has spilled over to in-store purchases.

“Buyers and sellers are shifting significantly online”, said Ryan Mclnerney (President, Visa) at the session “The Evolving Payments Ecosystem”, and “also the way people engage in commerce in the face-to-face world has changed dramatically” and “touchless is king.”

Moreover, when it comes to cash, “it is based on institutional developments that allow everyone in society to trust the unit of account because it is a good store of value, and medium of exchange,” said Agustín Carstens (General Manager, Bank for International Settlements) at the session “Policy Central Banks at the Frontier of Innovation: Digital Currencies and Today’s Challenges”.

“Money that we know today works”, because “institutional arrangements have the backing of government and fiscal authorities, which is hard to replicate in a private environment,” he added.

Essentially, “if you distil it into its more elementary essence, that element of trust that is generated by the participation of sovereign makes it at the end of day without substitute,” he explained.

“When you receive a payment that’s the end of story. There is no more paperwork and checks to happen,” and this is enabled by “liquidity provision intra-day, and the only person that can provide liquidity is the central bank,” he elaborated.

However, with debasement an ever-present threat, cash as a reliable store-of-value is not without its critics.

“The Fed printed two-thirds as much money in the last 6 months as it did over the prior 11 years”, said Cameron Winklevoss (President and Co-Founder, Gemini Trust Company, LLC; one of the Winklevoss Twins who were famously touted as the original creators of social networking – the concept that underpins much of social media including Facebook), at the session “Payments Crypto Is the New Safe Haven: A Conversation With the Winklevoss Twins.”

So, is gold the viable alternative to cash? After all, Central Banks are some major holders of gold, a sign of confidence in the asset.

However, gold does have its detractors, and recently it recorded one of its biggest monthly price drop as vaccine optimism took the shine off it. But it has stood the test of human history and retains its universal appeal today.  For the sophisticated investors, it is a reliable protection against uncertainties.  For the daily consumers, it is a tangible asset, free from technological complexities and governance frailties.

Is there a clear winner?

“If there is a winner, it is who is successful to make sure their core societal values – in the case of US, the rule of law, rights of privacy, free enterprise, markets free of government interference and government control” and “if the digital currency reflects other values, say value of surveillance of private economic activity, value of state control of legal outcomes, then the US will be very much a loser in this process.”

Indeed, the message of innovating responsibly is growing.  After all, adoption is driven by confidence in such features as privacy and safety.

For example, “privacy – the power to selectively reveal oneself to the world – is highly desirable”, said Andrew McCormack (Centre Head – Singapore Centre, Bank of International Settlement Innovation Hub) at the session “Will CBDCs Disrupt Stablecoins”, while “secrecy is not necessarily highly desirable in a payment system.”

These principles are not new. In fact, cash and gold transactions are subject to stringent know-your-customer regulations and protected by banking secrecy law in several countries.

But for Bitcoin, its critics claim that the pseudo-anonymous feature without an intermediary inevitably attract illicit transfers.  Many stress the need for regulations to overcome this negative perception, and as “one of the things that will be necessary before this can reach its full potential,” said Stuart Levey (Chief Executive Officer, Libra Association) at the session “Can Digital Currencies Birth the Next Generation of World-Class Payment Systems?”

What has emerged is the view that innovating without undermining confidence in its ecosystem will be key for Bitcoin to compete at scale with cash and gold.

Diversification across Bitcoin, gold and cash 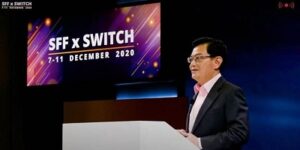 According to Cameron Winklevoss, “money is a technology” and “like any technology, money can always be improved upon and iterated on” and “crypto is just the latest iteration.”

“Bitcoin is the world’s first Internet-native money” and “money purpose-built for the Internet. It works the same way that your email works, which is not the case for all other forms of money”, he added.

But CBDCs that leverage the technology of blockchain and the familiarity of cash may yet see the widest adoption. The Chinese online retailer JD recently began accepting Chinese digital yuan as a payment method and is set to be fully rolled out before the 2022 Beijing Winter Olympics.

At the same time, the simplicity of gold is appealing.

Faith in any of gold, Bitcoin or cash is defensible as long as we accept the unique characteristics of each.

If anything, Covid19 has underscored the importance of diversification: “COVID-19 has made us reassess what the global future holds. Supply chain disruptions have alerted us to a greater need for resilience and diversification,” said Mr Heng Swee Keat (Deputy Prime Minister, Coordinating Minister for Economic Policies and Minister for Finance) at the opening keynote to the Singapore FinTech Festival.

In the same vein, perhaps the future of money has many faces, and diversifying across Bitcoin, god and gold, cash allows us to leverage the strengths and mitigate the weaknesses of each.  After all, in the financial world, the number one rule is: “Don’t put all your eggs in one basket.”