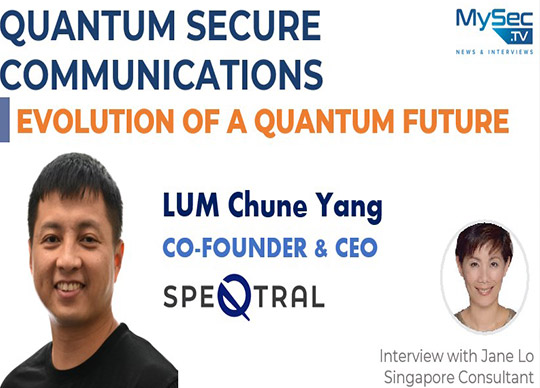 Lum Chune Yang (co-founder and CEO of SpeQtral) brings with him experience in technology and business roles in quantum, space and telecommunications sectors.

He was previously Head of Strategic Development at CQT (Centre for Quantum Technologies) with a concurrent appointment as Deputy Director, Industry Engagement and Partnerships at NUS (National University of Singapore), where he was responsible for engagements with industry and government stakeholders in commercializing technologies. 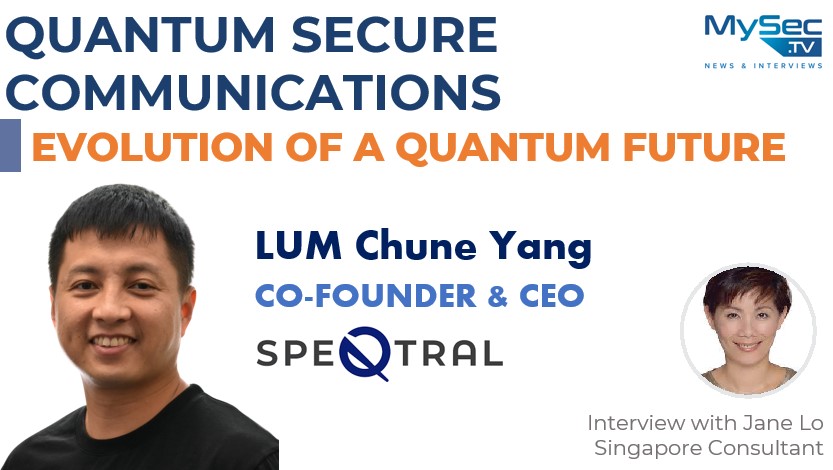 Prior to that, he was responsible for business development at SES, a global satellite operator, working with both government and commercial customers on telecommunication satellite programmes. He also spent time in China and the US as a management consultant with ZS Associates, advising MNCs on a variety of strategy, M&A and marketing topics.

He has an academic background in quantum and physics research during his early career. Chune Yang holds an MBA from INSEAD, an MSc in Physics from the Pennsylvania State University, and a BSc (Hons) in Physics from NUS

In this interview, Chune Yang shares with the audience on the launch of Southeast Asia’s first Quantum Networks Experience Centre (QNEX), and the recent trial toward setting up Quantum-Secure Networks using quantum-enabled encryptors and Quantum Key Distribution (“QKD”) system.

He explains that “what we have today in our cell phones, the semi-conductor chips, the lasers we use – all use quantum phenomena.” Quantum 2.0 or the “quantum future”, is the ability to manipulate and control each quantum, such as a photon – a single particle of light, or an atom, which leads to the implications such as quantum computers and quantum communications.

Noting that “one thing that quantum computer can do, is that it will break most of the encryption that we have today”, he points to an emerging “store and decrypt later” threat – where threat actors wiretap and store data in some data centre – to decrypt later when they want to hack into the communication.

QKD, by “embedding the secret key in particles of light and transmitting it across to the end users”, Chune Yang says, will help to secure and encrypt any communication or data that we transmit to each other.

He also shares how the QKD will be extended beyond the terrestrial implementation to space using satellites to address photon degradation challenges.

Chune Yang also stresses that we are early on the evolution of the “quantum future”, which includes quantum internet and quantum networks – concepts that are much richer than secure encryption.