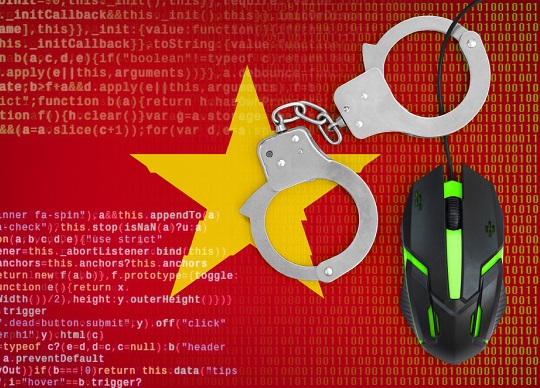 A new study of the online content viewing behaviour of Vietnamese consumers has found that 60% access streaming piracy websites or torrent sites. The levels of piracy went as high as 65% within the 18-24 age demographic. The survey, commissioned by the Asia Video Industry Association’s Coalition Against Piracy (CAP) and conducted by YouGov, found that 59% of consumers who accessed piracy sites cancelled their subscriptions to both local and international content services.

The levels of piracy in Vietnam now dwarfs neighbouring Malaysia and Indonesia, which have both seen substantial reductions in online piracy in the last 18 months. In Indonesia, a similar YouGov survey found a massive 55% reduction in Indonesian consumers accessing piracy services with 28% of consumers admitting to accessing piracy websites in 2020, compared to 63% in 2019. In Malaysia, a YouGov survey found a 64% decline in users accessing piracy sites in 2020 when compared to a similar YouGov survey in 2019. In both countries a key variable for the decline in online piracy levels was the government’s proactive piracy site blocking initiative.

The recent YouGov survey suggests that a regulatory site blocking mechanism would be supported by the majority of Vietnamese consumers. When given choices of what they thought were effective measures of reducing piracy behaviour, 48% of Vietnamese agree that a “government order or law for ISPs to block piracy websites” would be the most effective.

The damage that digital content theft does to the Vietnamese creative industries is without dispute. However, the damage done to Vietnamese consumers because of the nexus between online piracy and malware, also needs to be better understood and actioned by government and stakeholders. When asked by YouGov about the negative consequences of online piracy, Vietnamese consumers placed funding crime groups (58%) , malware risks (55%) and loss of jobs in the creative industry (49%) as their top three concerns. The malware risk was corroborated in a March 2021 study by UK-based White Bullet, which also found that 72% of popular piracy sites in Vietnam contain high risk advertising such as illegal gambling ads and fraud/malware ads. The study tracked advertising on over 800 popular piracy websites in Vietnam for a three-week period.

Of those Vietnamese consumers who admit to accessing streaming piracy websites or torrent sites, 35% said they would stop this behaviour should the government take deterrent action.

Neil Gane, the General Manager of AVIA’s Coalition Against Piracy (CAP) commented, “The wide variety of legal services in Vietnam which provide premium entertainment content are reliable and importantly are legal. The piracy alternatives fund crime groups, put consumers at risk of malware infection and are unreliable. Piracy only benefits the criminal organisations who are behind these illegal websites.

Thomas Jayet, Deputy General Director of Vietnam Digital Satellite Television Company LTD (K+) commented, “In addition to sport content, K+ invests a huge budget in local movies, latest TV series, and Vietnamese box office titles to broadcast on our platforms. Such premium content gives audiences a better choice of quality and safe entertainment at home, as well as contributing to the sustainability of the local economy especially during the current Covid pandemic.

In order to protect this content, K+ applies diverse countermeasures ranging from technical anti-piracy measures. A critical anti-piracy strategy that has proven to be successful in Indonesia, Malaysia and other APAC jurisdictions, is site blocking. Based on an analysis of Vietnamese law, ISPs would seem to have an obligation to block their users from accessing piracy websites, but only upon an order from the competent authorities. What is required is legal clarity and government mandated procedures for rights holders to refer site blocking requests to government.”

Phan Vu Tuan, Director of Phan Law Vietnam commented, “Piracy websites typically have a click-happy user base, and are being used more and more as clickbait to distribute malware. Unfortunately, the appetite for free content hides users from the very real risks of malware infection. The type of malware embedded within piracy websites can include particularly harmful malware such as remote access trojans which allows the hacker to activate and record from the device’s webcam without the victim being aware.”

YouGov is an international research and data analytics group. For further information visit https://hk.yougov.com. Study conducted in March 2021. All data is weighted to be representative of the online population. Sample size: Vietnam n=1,057