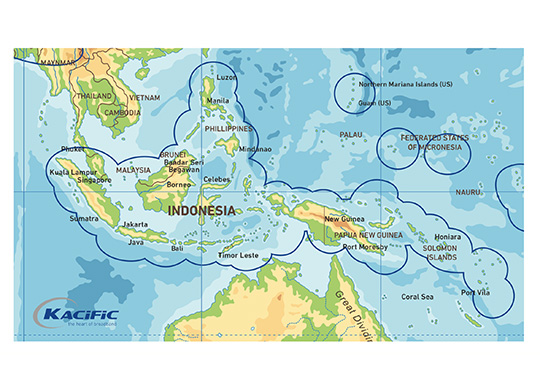 Kacific Broadband Satellites Group, along with local partners PT Bis Data Indonesia (BIGNET) and PT Primacom Interbuana (PRIMACOM) have announced they have completed the deployment of over 2,500 sites, in a record five month timeframe, to provide satellite internet access to government infrastructure in remote areas of Indonesia. This project is led by the nation’s Telecommunication and Information Accessibility Agency (BAKTI) using funds from the Universal Service Obligation.

BAKTI manages the Universal Service Obligation (USO) fund and the provision of telecommunications infrastructure and services. One of its major projects is to provide public internet access, through satellite services, in areas that have little or no access to affordable internet services: the 3T (disadvantaged, frontier, outermost) areas, border areas and other areas that are not considered economically viable by terrestrial service providers.

Under this extensive and rapidly completed project, Kacific, BIGNET, and PRIMACOM worked with BAKTI to provide high-speed internet access to schools, vocational training centres, community health centres, tourist locations, village halls and government offices. The deployment of sites at remote destinations in multiple islands throughout the length of Indonesia was a logistical challenge.

The Kacific sites are pooled, allowing BAKTI to secure guaranteed bandwidth at every single site. Each terminal can achieve fast speeds of over 85Mbps, easily meeting BAKTI requirements of 10Mbps speeds from operators. Satellite services will also be used to support an improvement in the quantity and quality of transmission services for BAKTI’s Lastmile BTS program and other programs.

“The Government of Indonesia display great leadership in their vision to connect all Indonesians. They are swiftly executing their impressive planning for nationwide connectivity with BAKTI successfully managing connectivity projects. Many countries would greatly benefit if they had a similar approach to addressing the digital divide.” said Christian Patouraux, CEO, Kacific.

“BAKTI’s project aligns with Kacific’s mission to bridge the digital divide by providing access to affordable, high-speed internet in the most remote and under-served areas. The agency has made an excellent choice to use satellite technology to rapidly connect these communities, because of its ability to reach pockets of population in challenging geographies.”

“I’d like to recognise the work of our local partners, BIGNET and PRIMACOM, who have been crucial in successfully delivering this project. They have expertise in managing large-scale telecommunications projects, but most importantly, they too want to increase the quality of life for Indonesian communities by allowing them to participate in the digital world.” said Patouraux. 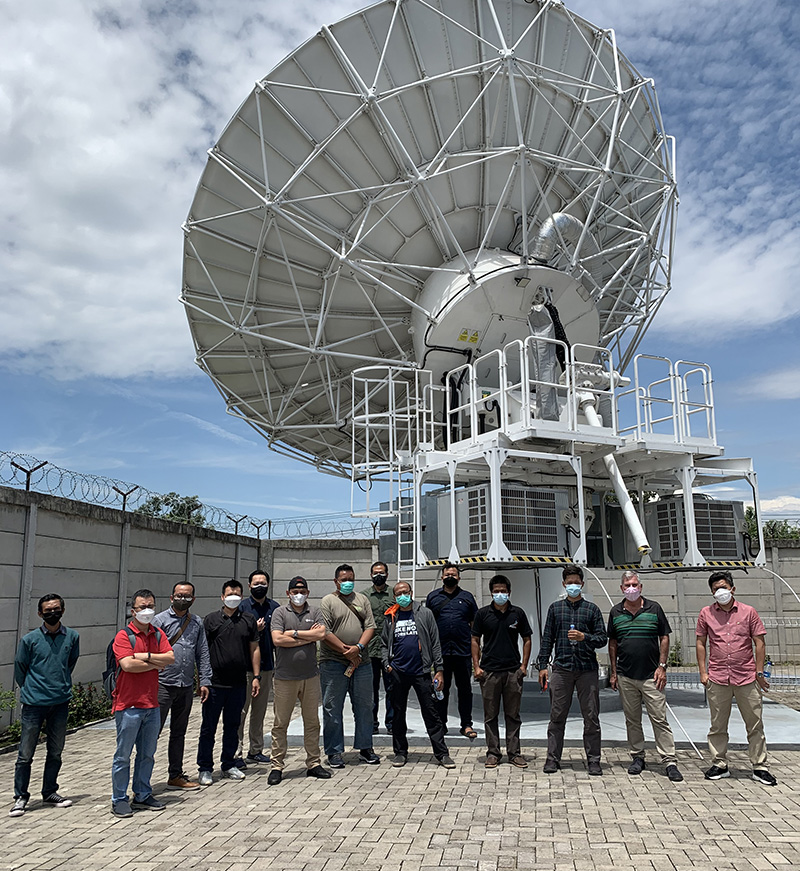 “With this satellite connectivity project, we take a significant step forward to our goal of the equal distribution of information and communication technology, to strengthen national unity, fuel economic growth and strengthen national resilience for disasters and emergencies.” said Bambang Noegroho, the Director of Infrastructure from BAKTI.

“Kacific and its partners have completed a large-scale deployment in a very short timeframe, building a comprehensive network of satellite connectivity across Indonesia. This partnership connecting previously unserved or underserved communities is already benefiting hundreds of thousands of Indonesians. It will continue to improve education, health and security of our people into the future.” Bambang Noegroho also added.

“BIGNET has become a partner of Kacific in 2015 long before its first satellite was launched. From the very beginning, I believed that Ka-Band HTS would be a game changer in Indonesia satellite industry. It was proven that in 2020, BAKTI awarded BIGNET a contract over 4 Gbps that covers over 2000 sites all over Indonesia, mostly in eastern part of Indonesia where is the internet connectivity is lowest compared to the western part of Indonesia. I’m proud to say that now Kacific has contracted nearly 100% of its capacity that cover Indonesia archipelago. It gives a huge impact to hundreds of thousands of people of Indonesia through education, health care and government offices in the area.” said Nicolas Tannady, CEO, BIGNET.

“Satellite broadband is an increasingly important part of the telecommunications services PRIMACOM provides as it allows us to reach new markets and to provide specialised services in any location within Indonesia. We have been impressed with the speed, reliability and ease of deployment of Kacific’s satellite services.” said Domy K. Santoso, Marketing Director, PRIMACOM.