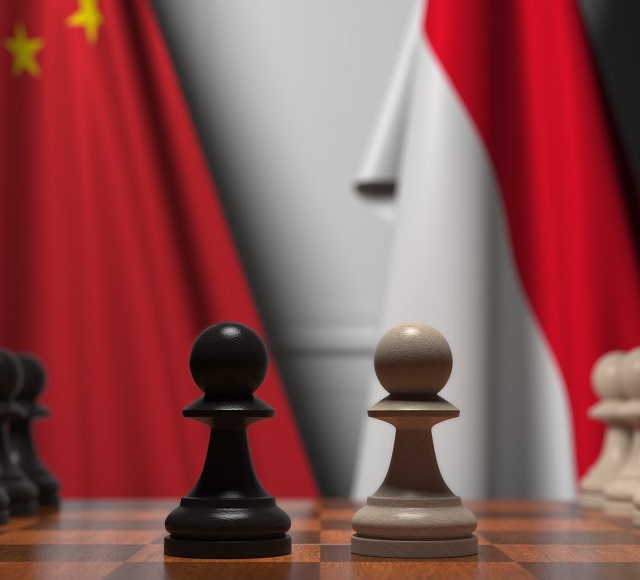 Published with permission, courtesy of the BESA Centre.

EXECUTIVE SUMMARY: Indonesian president Joko Widodo’s recent cabinet reshuffle suggests that Indonesia may adopt a more critical attitude toward China and reinforce government support for efforts by Nahdlatul Ulama (NU), the world’s largest Muslim movement, to reform Islam and position the Southeast Asian state as a key player in a battle with Middle Eastern rivals for the soul of Islam. 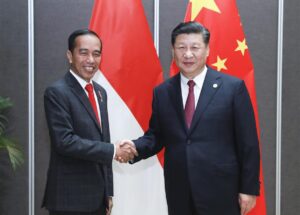 Indonesian president Joko Widodo signaled some potential policy moves with the recent appointment of ambassador to the US Muhammad Lutfi as trade minister and prominent Nahdlatul Ulama official Yaqut Cholil Qoumas as minister of religious affairs.

Lutfi’s appointment came two months after a visit by Mike Pompeo to Jakarta in October at the invitation of Nahdlatul Ulama during which the Secretary of State extended Indonesia’s access to a preferential tariff arrangement and opened the door to a free trade agreement with the US.

Pompeo emphasized in talks with Widodo and in an address to a Nahdlatul Ulama conference the need to challenge China’s territorial claims in the South China Sea as well as its brutal crackdown on Turkic Muslims in the People’s Republic’s northwestern province of Xinjiang.

Qoumas’s appointment is significant not only because of his prominent Nahdlatul Ulama background but also because he is one of the leaders of the movement’s most influential wing, which has adopted a tough position on China’s repression of the Uighurs.

Up to this point, Indonesia had walked a fine line as tensions escalated between the US and China, including refusing to speak out on the plight of the Uighurs. Indonesia has further sought to balance rejection of Chinese maritime claims in Indonesian waters with a desire to attract Chinese investment.

An Islamic scholar and leader of Nahdlatul Ulama’s GP Ansor Youth Movement, Qoumas, alongside his brother, NU secretary general Yahya Cholil Staquf, has been a driving force behind the promotion of the movement’s concept of Humanitarian Islam—a concept based on principles of tolerance, pluralism, and the embrace of the Universal Declaration of Human Rights.

Nahdlatul Ulama’s government-backed promotion of this concept has put it in direct competition with major efforts by Saudi Arabia, the UAE, Turkey, and Iran to garner religious soft power by propagating a statist interpretation of the faith.

It is an interpretation that in the case of the kingdom and the UAE professes adherence to tolerance and interfaith dialogue but demands absolute obedience to the ruler. Turkey and Iran push interpretations of the faith that embrace elements of political Islam as well as authoritarian governance.

In one of his early statements as minister, Qoumas appeared to be challenging more traditional wings of Nahdlatul Ulama by declaring during a visit to a Protestant church that he would protect the rights of Shiites and Ahmadis, two minorities that have been on the defensive amid concerns about mounting intolerance in Indonesia.

Senior figures within Nahdlatul Ulama continue to view Shiites, who constitute only 1.2% of the Indonesian population, as one of the foremost domestic threats to Indonesian national security and an Iranian fifth column. Similarly, many in Nahdlatul Ulama reject Ahmadis’ identifying themselves as Muslims because the sect refuses to acknowledge the finality of the Prophet Muhammad.

“I don’t want members of Shia and Ahmadiyya displaced from their homes because of their beliefs. They are citizens (whose rights) must be protected. The Religious Ministry will facilitate a more intensive dialogue to bridge differences,” Qoumas said, referring to attacks on minorities.

Qoumas’s Nahdlatul Ulama youth wing, together with its five-million strong militia, has played a key role in confronting militant Islamic groups like Hizb ut-Tahrir and the Islamic Defenders Front (FDI).

GP Ansor officials take pride in having engineered situations that in 2017 that led to the banning of Hizb ut-Tahrir, a controversial global movement that calls for the restoration of the Caliphate.

The government recently banned FDI, a vigilante group that was a major organizer of mass protests in 2016. Those protests led to the defeat of Basuki Tjahaja Purnama (better known as Ahok), a Christian of Chinese descent, in mayoral elections in Jakarta and his subsequent sentencing on blasphemy charges.

The ban came weeks after the return to Indonesia from self-exile in Saudi Arabia of FDI leader Rizieq Shahib. Shahib was arrested for allegedly violating coronavirus restrictions.

The outlawing of Hizb ut-Tahrir and FDI on the basis of a presidential decree that enables the government to bypass legal procedures and fast-track the banning of groups it considers security threats prompted human rights groups to warn that Indonesia was undermining rights of freedom of association and expression.

Deputy justice minister Edward Omar Sharif Hiariej told reporters that FPI was outlawed because some 30 members of the group had been convicted on terrorism charges and because the group defied Indonesia’s state ideology, Pancasila, which stresses unity and diversity.

The banning of FDI followed the election in November of Miftachul Akhyar, a Nahdlatul Ulama cleric, as head of the influential Indonesian Ulama Council (MUI) to replace Maruf Amin, Widodo’s VP, who in the past took a hard line against minorities and advocated Orthodox Sunni Muslim positions. Akhyar is Nahdlatul Ulama’s spiritual guide.

The election further removed from the council’s leadership several clerics who had backed the anti-Ahok demonstrations. They were replaced by at least one supporter of Humanitarian Islam, Masdar Masudi, as well as scholars from Muhamadiyya, Indonesia’s second-largest Muslim movement, who are viewed as progressives.

Nonetheless, some analysts suggest that the council, in apparent contradiction to Qoumas, will not break its discriminatory attitude towards minorities.

Said Alexander R. Arifianto, an Indonesia scholar at Singapore’s S. Rajaratnam School of International Studies: “When it comes to marginalized minorities, we can expect the new MUI leadership to retain their conservative standing. Mainstream Islamic clerics—including those within MUI—tend to share a conservative orthodoxy in their religious interpretation toward these groups.”

Dr. James M. Dorsey, a non-resident Senior Associate at the BESA Center, is a senior fellow at the S. Rajaratnam School of International Studies at Singapore’s Nanyang Technological University and co-director of the University of Würzburg’s Institute for Fan Culture.