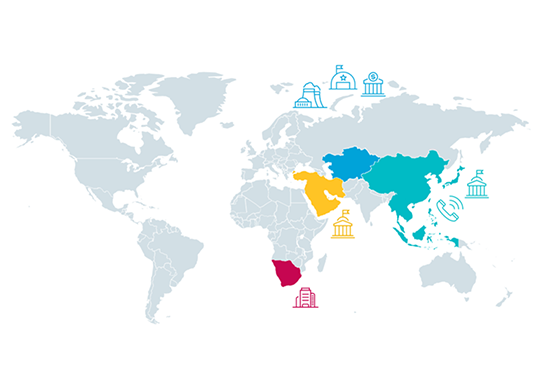 These attacks were conducted by a previously unknown cyberespionage group that ESET has named Worok.

According to ESET telemetry, Worok has been active since at least 2020 and continues to be active today. Among the targets were companies from the telecommunications, banking, maritime, energy, military, government, and public sectors. Worok used the infamous ProxyShell vulnerabilities to gain initial access in some cases.

“We believe the malware operators are after information from their victims because they focus on high-profile entities in Asia and Africa, targeting various sectors, both private and public, but with a specific emphasis on government entities,” says ESET researcher Thibaut Passilly who discovered Worok.

Back in late 2020, Worok was targeting governments and companies in multiple countries, specifically:

There was a significant break in observed operations from May 2021 to January 2022, but Worok activity returned in February 2022, targeting:

Worok is a cyberespionage group that develops its own tools and leverages existing tools to compromise its targets. The group’s custom toolset includes two loaders, CLRLoad and PNGLoad, and a backdoor, PowHeartBeat.

PowHeartBeat is a full-featured backdoor written in PowerShell, obfuscated using various techniques such as compression, encoding, and encryption. This backdoor has various capabilities, including command/process execution and file manipulation. For example, it is capable of uploading files to and downloading files from compromised machines; returning file information such as the path, length, creation time, access times, and content to the command and control server; and deleting, renaming, and moving files.

“While our visibility at this stage is limited, we hope that putting the spotlight on this group will encourage other researchers to share information about this group,” adds Passilly.

Image: Visual heatmap of the targeted regions and verticals.