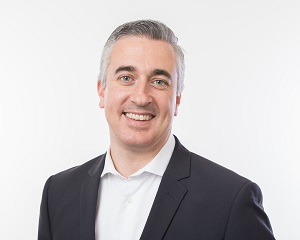 BMT has appointed John Godwin as Regional Business Development Director for the Asia Pacific region. The appointment comes as BMT is set to announce Singapore as its strategic hub for Asia.

During his Royal Australian Navy career, John served as a weapons electrical engineer. Prior to BMT, John worked in operational risk and security consulting in South East Asia and Australia and he spent ten years with Nova Systems as a consultant, manager, and general manager. He is a member of ‘The Road Home’ board of governors, deputy chair of the South Australian Veterans’ Advisory Council and deputy chair of the Defence Industry Skills Council.

“We are thrilled to have John stepping up into this new role, he will be a key member of the leadership team and will be responsible for growing our capability in the Asia Pacific Region.” commented BMT Global Business Development Director, Rob Teasdale.

John commented on his role, saying “I look forward to driving investment and working with partners and customers in one of the fastest growing regions in the world. I will be pushing the team for significant traction in developing our products and services to better serve our Asia Pacific customers.”

“With Singapore as our hub in Asia, we will continue to expand our long-standing presence in countries such as Vietnam, South Korea and Japan and aim to strengthen and expand partnerships in the region. Leveraging our global experience, we are looking forward to expanding into Defence markets in the region from Singapore, which is already a BMT hub for Maritime Design, Infrastructure and Environmental Solutions.” He concluded.