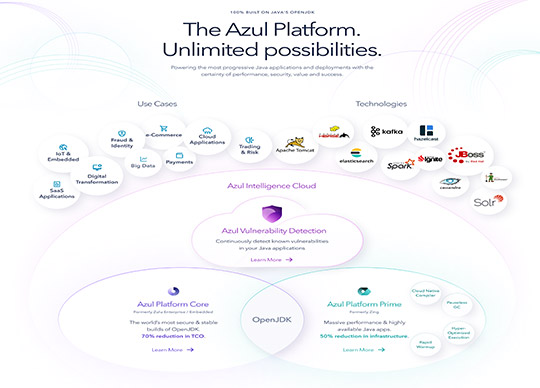 According to Gartner, “by 2025, 45% of organisations worldwide will have experienced attacks on their software supply chains, a three-fold increase from 2021” (Gartner, Emerging Tech: A Software Bill of Materials is Critical to Software Supply Chain Management, Mark Driver, September 6, 2022).

An estimated 40% to 80% of the lines of code in software come from third parties such as libraries, components and SDKs. Vulnerabilities within third-party sources, whether commercial or freely available open source, present a growing risk to all enterprises and need addressing across all phases of the software supply chain.

For example, organisations continue to grapple with Log4Shell, a critical vulnerability found in a widely used Java-based logging component (Log4j), which the Department of Homeland Security called “one of the most serious software vulnerabilities in history”. Azul Vulnerability Detection lets organisations focus on where components such as Log4j are actually run and used instead of merely present. This highly accurate runtime-level visibility enables faster remediation of vulnerabilities with significantly less operational overhead.

“Attackers will target commonly used open source to find vulnerabilities because they know their wide usage will leave many organisations open to attack. We’ve learned from past vulnerabilities like Log4Shell that the challenge is in rapidly finding the instances in use and quickly remediating them,” said Melinda Marks, senior analyst, Enterprise Strategy Group. “Azul Vulnerability Detection will be helpful for organisations to use to efficiently remediate Java vulnerabilities to protect their applications.”

Azul Vulnerability Detection uniquely identifies code run using sophisticated, highly granular techniques inside Azul JVMs and maps against a curated Java-specific database of common vulnerabilities and exposures (CVEs). This produces more accurate results and eliminates false positives, even for custom code and shaded components. Additionally, the history of detections is retained so that when new CVEs are disclosed organisations can find out when and on what systems they have been running the vulnerable versions, allowing for focused and efficient forensics.

Users can access data about which components are (or were) present, in use and vulnerable, via either the product’s API or an intuitive UI. As an agentless cloud service, Azul Vulnerability Detection avoids the performance penalty associated with other tools that require customers to install and manage a separate piece of software such as agents.

“Azul Vulnerability Detection makes security a byproduct of simply running your Java software,” said Scott Sellers, Azul CEO and co-founder. “Our new product fills a critical gap in enterprises’ security strategies – detecting vulnerabilities at point of use in production, the endpoint of the software supply chain. As a leading Java runtime provider to the world’s most important enterprises around the globe, Azul is uniquely positioned to augment the vulnerability detection market by eliminating the performance penalties and false positives that have plagued customers who rely solely on legacy tools.”

Today’s announcement represents the latest addition to the Azul Intelligence Cloud family of products. Azul Vulnerability Detection is generally available now and works with any Azul JVM, including free Azul Zulu Builds of OpenJDK, and is compatible with all Java applications, libraries and frameworks. Benefits include: