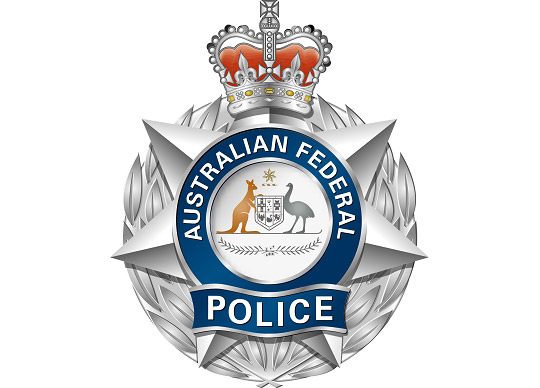 The AFP acknowledges the work of Philippines law enforcement agencies after they led an international child abuse and trafficking investigation that resulted in an Australian man being sentenced to 129 years’ imprisonment.

The man, who was already serving a life sentence in the Philippines for trafficking girls and rape, was sentenced last week (3 November 2022) to a further 129 years’ prison by the Regional Trial Court in Cagayan do Oro City.

He and three co-accused, including his girlfriend, entered plea bargaining agreements for a second tranche of charges that included people trafficking offences, child abuse and sexual assault.

The investigation was launched in 2014 after a National Police of the Netherlands (NPN) child exploitation team was alerted to a horrific video series titled ‘Daisy’s Destruction’ showing a man and woman sexually abusing a toddler.

NBI officers arrested the man in February 2015, in a small village in the south of the Philippines.

Further investigations identified multiple victims, including an 18-month-old baby and a child whose body was found buried under a property rented by the Australian man.

“The 129-year jail term handed to this Australian man – on top of the life sentence he is already serving – sends a strong warning to predators that you are not untouchable and you cannot stay anonymous online, no matter where in the world you try to hide,” Detective Superintendent Perkins said.

“The sentence does not give the victim survivors back their stolen childhoods but it is reassuring to know this offender will never be able to hurt another child again as a consequence of this significant penalty.

“The AFP acknowledges the commitment and work of Philippines law enforcement that has resulted in this outcome.  “The AFP, the National Police of the Netherlands and the US Justice Department provided significant assistance to the National Bureau of Investigation and the Philippine National Police, to bring this predator and his accomplices to justice.”

The case was a watershed investigation that highlighted the success the AFP, Philippines law enforcement and other international agencies have by collaborating on child exploitation investigations.

Unfortunately, child sexual exploitation continues to be a significant issue with an increasing prevalence of online sexual abuse and exploitation of children around the world.

Combatting child exploitation within Australia and offshore, is a key priority for the AFP and the Australian Centre to Counter Child Exploitation.

This reflects the close partnership between the AFP, Philippine authorities and PICACC partner agencies. The AFP remains committed to supporting the continued success of the PICACC, and the united effort to combat child exploitation in the Philippines.

The AFP and its partners are committed to stopping child exploitation and abuse and the Australian Centre to Counter Child Exploitation is driving a collaborative national approach to combatting child abuse.

The ACCCE brings together specialist expertise and skills in a central hub, supporting investigations into online child sexual exploitation and developing prevention strategies focused on creating a safer online environment.

Members of the public who have information about people involved in child abuse and exploitation are urged to call Crime Stoppers on 1800 333 000 or www.accce.gov.au/report. If you know abuse is happening right now or a child is at risk, call police immediately on 000.

Research conducted by the ACCCE in 2020 revealed only about half of parents talked to their children about online safety.

An award-winning podcast launched last year by the ACCCE ‘Closing The Net’ is working to change that, showcasing that knowledge is power and that our only chance to help prevent this issue is if we bring a ‘whole-of-community’ response.

The podcast series offers valuable tips and advice on how to keep kids safe online. Listen to the Closing The Net podcast on your favourite streaming platform.

If you or someone you know are impacted by child sexual abuse and online exploitation there are support services available at www.accce.gov.au/support.

Advice and support for parents and carers about how they can help protect children online can be found at www.thinkuknow.org.au, an AFP-led education program designed to prevent online child sexual exploitation.