The BOTsink solution is available to the security community through IBM Security App Exchange, a marketplace where developers across the industry can share applications based on IBM Security technologies. As threats are evolving faster than ever, collaborative development amongst the security industry helps organisations adapt quickly and speed innovation in the fight against cybercrime. 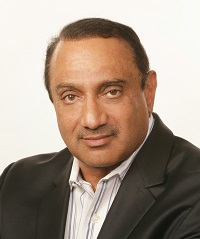 “Once attackers bypass existing prevention mechanisms, they have the freedom to move around and can remain undetected for extended periods. Organisations need solutions that excel at finding in-network threats without relying on known signatures or attack patterns,” said Tushar Kothari, chief executive officer of Attivo Networks. “The accuracy of this joint solution, coupled with its accelerated response, gives organizations the ability to deal with threats quickly to minimize the time attackers have to remain undetected within the network.”

The Attivo BOTsink integration for Resilient is available on the IBM Security App Exchange ecosystem.